Home » Outcomes » Adventures in Kauai – The Power of Intention

Adventures in Kauai – The Power of Intention

Posted by Victoria on May 13, 2018 | Comments Off on Adventures in Kauai – The Power of Intention 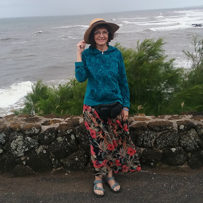 My journey to Kauai began with honoring my beloved husband’s wishes to release his ashes in the ocean in Kauai, our favorite place to visit. I also had two additional intentions. One was to sell at least two copies of my bestselling book, What Would Love Do Right Now?  A Guide to Living an Extraordinary Life, and the other was to introduce myself to the staff of the bookstore in Hanapepe and request they carry my book so that when I returned in August I could have a book signing event.

When the plane touched down at 3:30 in the afternoon, it was pouring down rain on Kauai. I contracted with a rental car company, which promised to pick me up at the airport and transport me to their off-site location. I received a text telling me that their shuttle was unavoidably unavailable and to take a taxi at my own expense to their lot. The taxi driver was nothing like what I expected – “Aloha. Welcome to Kauai, the Garden Island of Hawaii” – instead I was greeted by a surly hippie with an attitude similar to that of a New York City cab driver who dropped me off in the pouring rain and promptly left.

Upon arriving on site, the office was closed and there was no attendant on duty to assist me. There was only a series of text messages that provided no recourse for substandard service. My first text, “I can’t find the car that you assigned to me.” The company texted back, “Oh! We have a different rental car for you.” I finally found the filthy, little Rent-a-Wreck which had a note on the dash that read, “NO TRUNK ACCESS.” Yikes! This created another dilemma since it was a 2-door car and the driver’s side seat would not collapse forward to accommodate loading my luggage into the back seat. Even though the passenger’s side seat did fold forward, this car was so small that I found it extremely difficult to wrestle my 50lb suitcase into the back seat with no one around to help. All the while I’m standing in a torrential downpour, becoming more and more frustrated.

Next, before I could leave the lot, I had to read, sign, and pay cash for the rental. Did I mention it’s taken me an hour so far and it’s still raining cats and dogs? In order to get out of the rain, I got into the car and closed the door to complete the rental agreement. I decided to turn on the radio to listen to some Hawaiian music to ease my frustration and get into the “Aloha spirit.” Guess what? I couldn’t get the radio to work. Damn! When I tried to get out of the car to put the paperwork in the drop box, somehow the automatic door lock on the driver’s side became stuck and wouldn’t allow me to get out. Did I mention it was a very small car? I’m a very petite woman, but nonetheless I was stuck. With the car keys in hand, I eventually wiggled out from behind the steering wheel, managed to crawl over the console, and exit the vehicle through the passenger’s door. I scurried as quickly as I could to the drop box and back to the car. Fortunately, I was able to unlock the driver’s door with the key and get back into the car.

There I sat, alone, soaking wet, frustrated, on the verge of tears, and missing my husband who usually handled issues such as these. I knew that I had two choices. I could choose to be a victim of my circumstances or acknowledge myself for my perseverance and resourcefulness. I chose to take a few deep breaths and boldly declared, “I am in Kauai, the Garden Island of the Universe…what problems could there possibly be? Then, asking myself, “What would love do right now?” I set the GPS for the nearest Costco and away I went on what was becoming my grand adventure in paradise.

Thankfully by the time I left Costco, with enough food for the week, it had stopped raining. As I was strategically putting the boxes of groceries in the car on passenger’s side floor boards and front seat, knowing I would have to crawl over them to get out of the car at my destination, a gorgeous Hawaiian man locked eyes with mine and it was heavenly! He asked, “W-o-w, where did you come from and where are you going?” I responded, “Ha’ena.” He said, “You won’t get there, the roads are closed, you’ll be put up in a shelter so you might as well come home with me. I’ll show you a very good time.” Oh my! My heart skipped a beat and with no hesitation, I flirtatiously said, “I don’t doubt that for a moment!” I left with my good judgement in tact not knowing if he was giving me a line or being truthful, nevertheless my ego was pumped—he was young enough to be my son.

With my mind now lost in lust, and with raindrops again dancing on my windshield, I continued on my adventure to reach my vacation rental accommodations. After traveling north for about an hour, it became obvious that he was right as my GPS indicated, “ROADS CLOSED DUE TO FLOODING.” OMG what an adventure, what could possibly happen next? I took a deep breath, pulled into the nearest gas station to confirm that the roads were indeed closed — they were.

I’m now stranded on a lonely stretch of highway, in the rain, in the dark and nowhere to stay. It suddenly dawned on me to call my husband’s friend, Gene, someone with whom I was planning to visit during my trip. I had no idea where on the island he lived, but as luck would have it, he was home and lived only ten minutes from where I was at the gas station. He graciously said, “Come on over, I’ll find you somewhere to stay in my house.”

I was graced with being able to stay with Gene for the whole week. A miracle! His property was located between Anahola and Kilauea at a higher elevation that sustained no water damage. Further north however, a disaster was ensuing. Helicopters were needed to fly in food because the people could not get out or get back home. The storm hit right before I arrived and the island was experiencing the aftermath.

There were other castaways staying at Gene’s place who couldn’t get to work so all of us had a great week! We had long enriching conversations, meaningful sharing, and delicious community dinners. There was even a ballroom dance instructor there, so we danced the night away. I had a blast. What were the odds that a random storm would render the roads impassable and therefore impossible for me to get to my original destination? Destiny!

On Tuesday afternoon, the only afternoon forecast for no rain, I went to Moloaa Beach and had a fabulous ceremony to release my beloved Bernie back to the sea. It was very moving and I felt so free afterwards! 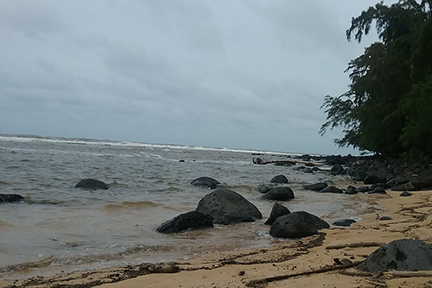 In the meantime, I gave everyone at Gene’s place a copy of my book along with a colorful wristband that read, What Would Love Do Right Now? to remind them to ask this question throughout their day to stay centered in their hearts. They were all so excited and so grateful. Since I had brought quite a few wristbands with me, there were enough to share with some of their friends and so on. The trend continues.

It is my greatest hope that the question, What Would Love Do Right Now? become a household phenomenon that helps people to live more heart-centered lives. I cannot express how thrilled I was to give a woman at Gene’s place two of my books and two wristbands so she could have them available in her retail gift shop. And speaking of gifts, Gene saw the value of my book right away and bought one as a wedding gift for his son and new daughter-in-law. Believe it or not, I’m walking on air!

On the last day of my trip, I drove down to Hanapepe to the Friday night market to visit Connie and Arnie, friends I had made three years prior when I visited Kauai Bookstore and gave them my contact information so when I come back in August I could have my book signing there. The power of intention—all of them fulfilled and more!

The bestselling print version of my book is available on Amazon. For those who prefer an eBook version, you’re in luck. The eBook will be available for only $1.99 starting May 17 through May 22 on Kindle. Please take advantage of this discounted price during these dates to launch my book to #1 on Amazon and to spread the word so we can live in a world where people live from their hearts! Thank you in advance.

What Would Love Do Right Now?

My #1 bestselling paperback is now available on Amazon as an eBook. It’s the perfect guide to experiencing more love, passion, adventure, and joy as you create your extraordinary life filled with new possibilities beyond what you ever imagined.

Rate and Review this book on:

Submit a Review of this book on: 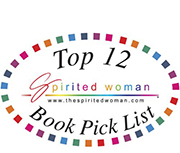